This page explains how the Simacan platform registers the arrival and departure times at stops in the Control Tower. Simacan registers these times based on GPS data that we receive from the on-board computer. For more information about this, first read the article ''What is realization / GPS data?''

What is a Geofence

Simacan works with an algorithm that then assesses when an arrival or departure has been realistic. For example, we prevent an arrival from being wrongly registered when the driver has only driven past a location.

A Geofence is generated by default for every location with a circle radius of 500 meters around the center of the location. It is also possible to manually draw up a Geofence yourself. This allows you to make the area larger or smaller, for example. This is useful because you may be dealing with small stores or large distribution centers.

Example of two automatically determined (i.e. not signed in) geofences close to each other. These can be made visible by selecting the setting 'Crumble path' in the trip details and zooming in far enough on the map: 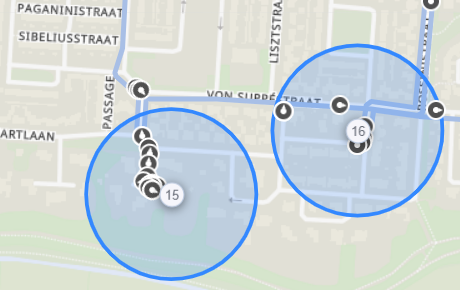 Example of a manually drawn Geofence: 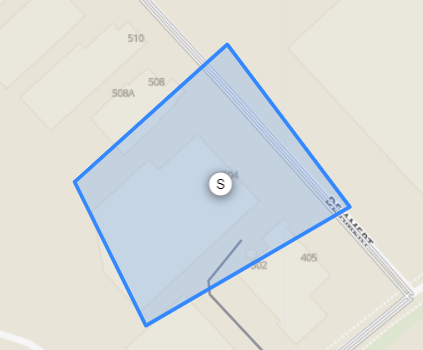 The stop detection algorithm is further explained below.

Start of a trip

Before a trip is actually considered ''started'', the platform waits for GPS data for the first stop. The driver must always be at the first stop before we can register the other stops.

After that, it is possible to drive stops in a different order than planned, provided this setting is enabled. It is of course preferable to keep the planning up to date with reality.

How is the arrival time determined?

As already mentioned, the arrival time is registered as soon as we receive GPS data within the Geofence.

In principle, the arrival time is: the first moment at which the vehicle comes to a standstill within the geofence (a so-called 'standstill_event'). The speed of the vehicle is then 0. Whether the presence of a vehicle within a Geofence actually leads to a registered arrival depends on a number of conditions:

Below are explanations for problems that may occur with the stop detection in your Control Tower.

Problem: The departure is not registered

This does not happen very often, if the arrival is visible. Possible explanations why this occurs:

Problem: The departure is registered too early

Possible explanations why this occurs:

Tip: Also read the article ''How ETAs are calculated''